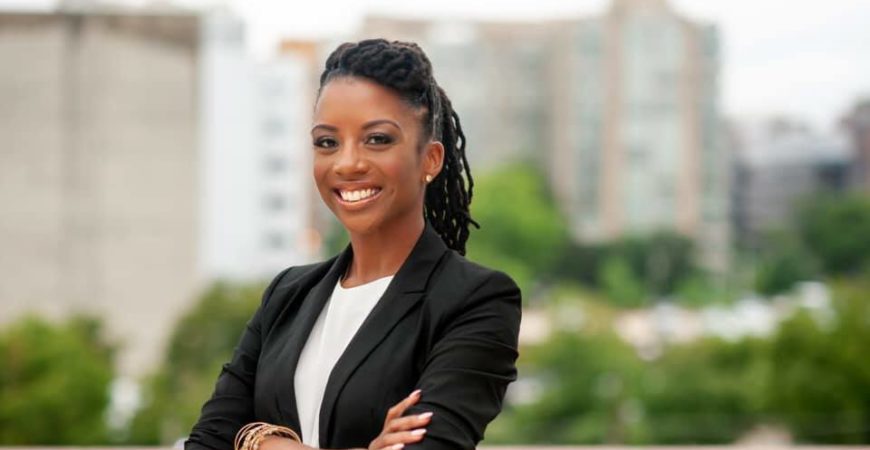 Strong City: How did the idea for the Baltimore Children and Youth Fund come about?

Danielle Torain: In 2015, the Youth Fund was proposed following the Baltimore Uprising, and in 2016 it was voted into establishment. The Uprising was a moment that shed light on the issue of a lack of equity and access, on the community level, to a range of resources. The issue was, how do you get more capital to community-based groups and populations of young people who are historically marginalized, in parts of the city that are off the radar? It’s about being able to partner with folks on ground, to understand who’s doing good work. It’s about exploring ways of embedding equity in the way we operate in the philanthropic sector. And answering the question: Once you know where those community leaders are, how do you build their institutional capacity?

SC: What is your role as interim director of grantmaking and technical assistance for the Youth Fund?

DT: I oversee the portions of the team that are focused on grantmaking strategy and the delivery of technical assistance to the grantees. My counterpart, Kera Ritter, is focused on the administrative and operational parts of the fund – finance, grants and contracting administration, IT vendors.

SC: How did you get involved in this work?

DT: I was working at the Annie E. Casey Foundation and had come into partnership with a network of young adult organizers who were advocating for a Youth Fund. At Casey, we were talking about West Baltimore, how we knew there were grassroots groups that were doing amazing work there but never had the opportunity to be invested in. So there was an informal collaboration of organizers and professionals in the philanthropic space, saying this is really important, we’ve got to explore new models. We tested out different models over time – one of them being the Youth Fund.

SC: What has been the role of local fiscal sponsors such as Strong City and Fusion Partnerships in getting the Youth Fund off the ground?

DT: Arguably, the work of the Youth Fund wouldn’t even be possible in the first year without the work of fiscal sponsors. Not being a 501(c)(3) is traditionally a huge barrier, and on top of that, this is public capital – there’s all kinds of requirements based on the fact that these are taxpayer dollars. And in some cases you have groups that might not want to operate under a formal 501(c)(3), and probably shouldn’t. By partnering with a fiscal sponsor, they can operate in a more fluid way, and in addition to accessing funding, fiscal sponsors may provide advisement on how to get started and grow over time. So, we really needed good partners in the fiscal sponsor domain to reach a lot of those real grassroots organizations. The capacity building aspect became really important; you can’t be talking about financial capital without talking about the technical things that are needed at the community level. That’s where Strong City Baltimore, Fusion Partnerships, and others come into play.

SC: What will be different as the Youth Fund looks toward the future?

DT: In the first year, we were building the plane while flying it. The first year was very much about establishing a starting point for the fund and learning from that starting point. Looking at who applied, who was awarded, and where there were gaps will inform the second year. Year Two will be about learning from Year One – looking at youth populations that were underrepresented in the first round, and structuring the next RFP to figure out how to bring them into connection with the fund. We are also thinking more about the types of supports needed to help more organizations get through this process. In Year Two, you’ll see a more targeted approach, and you’ll also see more pro-active technical support. This time we had very limited time for applicant support sessions, things like helping folks find a fiscal sponsor. We will start much earlier to offer community-based support so they have time to get through the process. In 2019, we look forward to continuing to connect the dots, work with more institutions, and I think you’ll see some really exciting partnerships and collaborations.

DT: There’s so much we learned about how to communicate with different networks when you’re talking about equity. For some, in-person convening is the best way. We also hear a real need for facilitating connections among people who do good work but have no idea about the great organizations that already exist: where they can access resources to help them, who they can collaborate with. In Baltimore, information flow is a big challenge at every level – lots of folks are not networked. Over time, we might see less duplication of efforts, more collaboration, more synergy. It’s about maximizing the resources we have available.

SC: How would you describe the overall goal and mission of the Youth Fund?

DT: This is all about improving outcomes for Baltimore’s children and young people by applying an equity lens to philanthropy. It’s about adding a layer of local capacity that’s currently underdeveloped. The fund contributes to reaching that goal by exploring strategies to fund community leaders and organizations that are typically marginalized – reaching some of the hardest-to-reach youth populations. And by getting them connected to opportunities they want for themselves, all of us will be better off.

The Baltimore Children And Youth Fund: A Status Report From The Fund’s Dayvon Love, John Morris

For The Culture With Farajii: Baltimore Children and Youth Fund

BCYF Inc. releases call for applications for its permanent Board of Directors