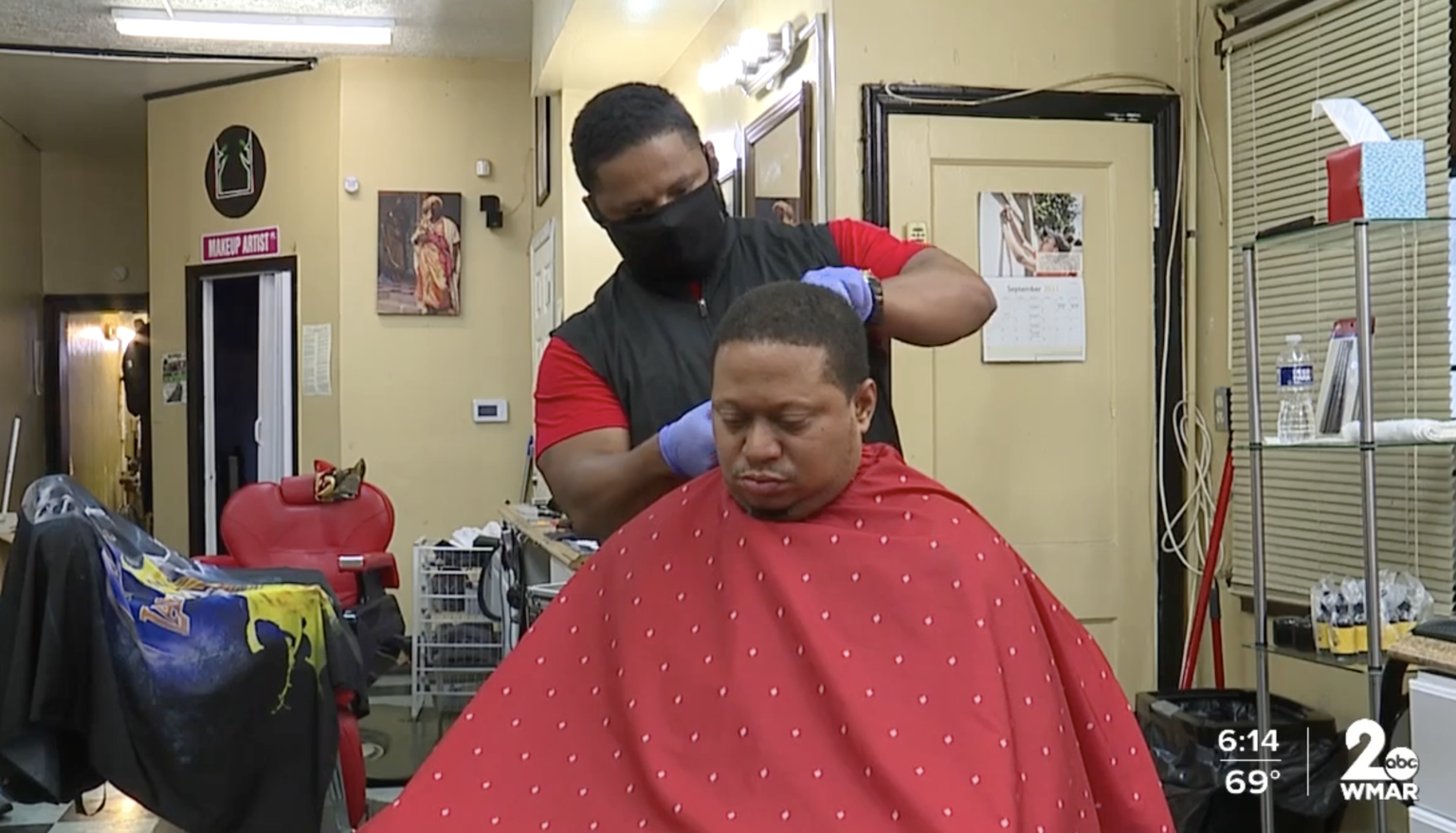 A new law goes into effect on October 1 which will help make it easier for people to get a barber’s license in Maryland. However, before they can get their license, they have to put in thousands of hours training at a school or with a master barber.

The new law not only shortens the time it takes to find an available master barber but helps ensure customers that the person cutting their hair isn’t just a barber, but a licensed barber.

This new law also means more than just being able get more people licensed to become barbers just like the Black barbershop is more than a place to get a hair cut.

Conscious Heads barbershop owner Jabari Naturi said “we’ve got a ministry. It’s spiritual. It’s like we’re cutting over the top of a person’s head so, so often times we hear their problems, we hear what they’re going through. They lose somebody in their family, we counseling them you know what I mean. It’s a relationship that you form with your client.”

Sitting in the barber chair, Naturi looks like he’s a client just in for a trim but he’s also a licensed master barber. On this day, it’s his former apprentice Ricardo Winchester who’s the one with the clippers in his hand.

“I had a driving job, and Uber and Lyft came around. I was kind of on the fence with what I wanted to do. I saw his ad, talking about Barbering Boot Camp, and I always thought about doing it. So, I was like you know what, I’ll give it a try and see where it goes,” Winchester said.

“I’ve been training people throughout the years, with barbering, but we’ve only been able to do one at a time, which it could take up to a year to train one person. So, as I started to get all of these students training at the Barbering Boot Camp. I’m like one at a time, we can’t even bring more people through,” Naturi said.

People with dreams of becoming a licensed barber in Maryland either have to go to a training school as a student or put in 2,250 hours as an apprentice with a master barber at a barbershop.

With a limited number of barber schools, many chose the apprenticeship route.

Up until now, the law stated a master barber could only train one apprentice at a time.

Even if an apprentice trained for 40 hours a week, getting the required hours would take more than 56 weeks, meaning the wait for the next open apprentice slot often could take years.

“They would just say ‘look, that’s the law’ and I said, ‘can the law be changed.’ So yeah, that’s something you’ve got to do in Annapolis,” Naturi said.

Naturi already had experience fighting city hall in getting zoning approved for his Conscious Heads barbershop 21 years ago. In 2019, he was ready to take on the Maryland State House and change the law on the books with the State Board of Barbers.

“It started as House Bill 1021. It went through, it passed. It was some wording that was different in there. It didn’t say apprentice, it said student and so the state board would not recognize it,” Naturi said.

In 2020, Naturi asked a delegate to fix the wording with a new bill but then the pandemic hit which caused the legislative session to be cut short.

Then in 2021, Naturi called on another delegate for help, State Delegate Stephanie Smith (D-Baltimore City).

Del. Smith not only sees hair as a source of empowerment and commerce, but she also was the lead sponsor on the crown act to ban hair discrimination.

“There are economic gaps but there are many methods to closing them. Some ideas big, some ideas small but I think we should listen to people on the ground like Jabari that are really walking the talk of trying to empower people,” Smith said.

On October 1, 2021, Smith’s bill, House Bill 1317 will help do just that when it becomes law allowing a master barber to train up to three apprentices at one time.

“We wanted to pair that talent with the legal licensing to also create a more consistent economic opportunity for that potential barber but also it protects the consumer,” Smith said.

“You want to know that the person knows about sanitation, about cleanliness, about those different things,” Naturi said.

Those are all lessons Winchester learned at Naturi’s Barbering Boot Camp, before he got his barber’s license in September 2019.

“It’s a good feeling of accomplishment, to know where I started from, like not being able to hold the clippers to being a licensed barber, providing a living for myself and supporting my family,” Winchester said.

Now, Winchester is another part of the legacy Naturi established with his Conscious Heads barbershop.

“Every time somebody else is successful that comes through my boot camp, I’m more successful, so it’s like a win-win,” Naturi said.

“We kind of help raise children up through this whole process, but I want to bring the family aspect, the healing aspect, and the things that we can do to make a change in the community because the barbershop has always been there,” Naturi added.