Ending The Year With a Homerun – Baltimore Urban Baseball Association 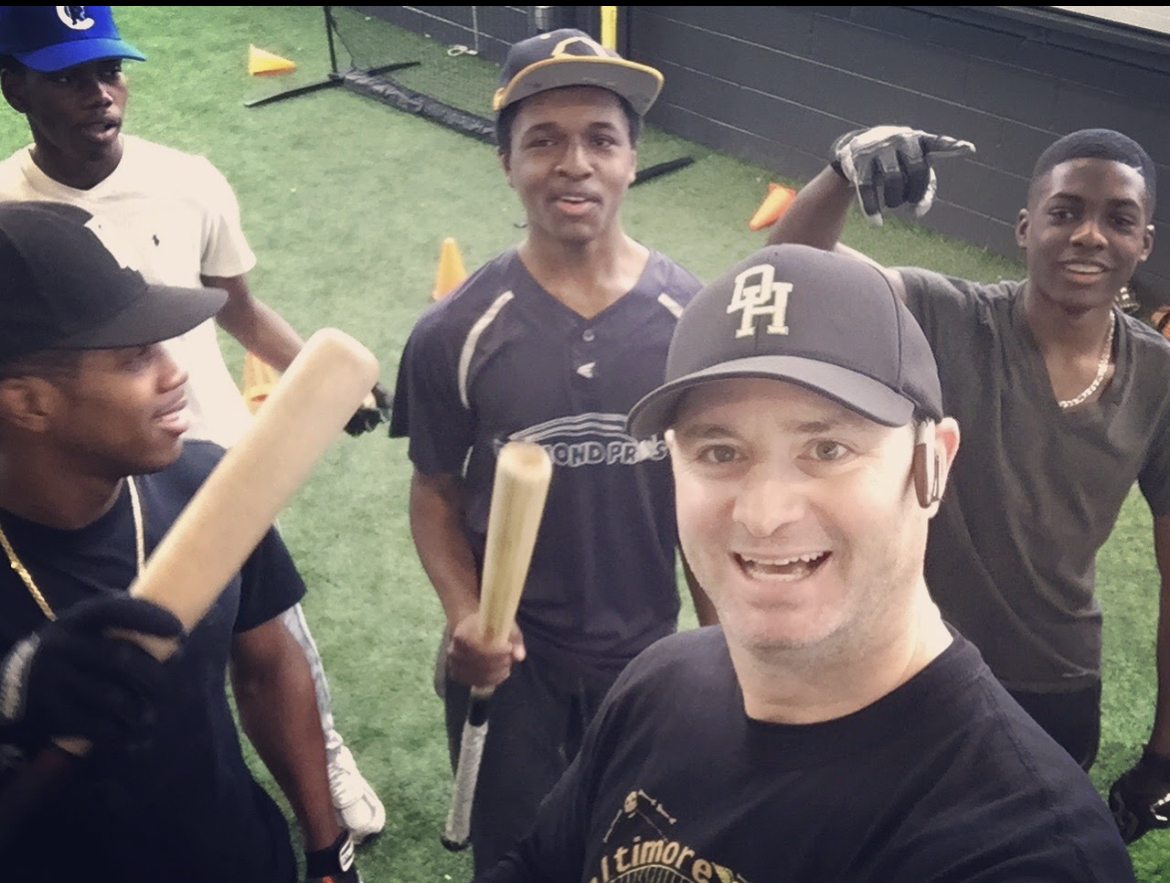 When traveling on I-95 north into Downtown Baltimore, one may be shocked to learn that the tall landmark embossed with the name Baltimore written vertically is in fact, a trash incinerator. You may be even more shocked to learn that this site, where our city burns trash, was once home to a proud Negro League Baseball history, now that legacy is in the ashes of the city’s memory, literally and figuratively. Well, that is until Andrew Wetlinger, a Baltimore native and Baseball professional, founded BUBA, the Baltimore Urban Baseball Association.

The Baltimore Urban Baseball Association, or BUBA for short, is a state of the art baseball/softball training center that rivals even that of University or professional training facilities. The facilities boasts elite training equipment and programs that have caught the eyes of Coppin State, Towson, Johns Hopkins, and University of Maryland Baltimore County’s baseball programs, all of whom have committed to conducting their off-season training at BUBA.

Andrew Wetlinger describes himself as a local guy whose life was defined by baseball. Many years before BUBA was a gem in the heart of Pigtown, South Baltimore, Andrew was a star baseball player at Calvert Hall College High School. He was drafted out of high school by the Houston Astros, but Andrew chose instead to attend college, “I went to school at Calvert Hall, I took a full scholarship to Cal State Fullerton which is a perennial national championship program.” At that time, Andrew was the first out-of-state athlete to receive the coveted full-scholarship. His experience at California State, Fullerton is now a cautionary tale Andrew uses to encourage the athletes at his facility. In an unfortunate turn of events, Andrew failed off the team one year before they won the national championship.

He came back to Baltimore and played for Towson University. “My career ended up being pretty uneventful and a little bit disappointing compared to what I was projected to do when I was younger. That created a lot of trauma in me, that trauma I used in a positive way to drive me into success.” Andrew recounts.

After successful completion of his undergraduate at Towson University, Andrew took a job at Merrill Lynch where he would remain for the next 22-years of his life and managed a portfolio of 1.5 billion dollars. In the spirit of the old cliche money can’t buy happiness Andrew’s love of baseball continued to call him. He found himself volunteering on the baseball team at Digital Harbor high school, a commitment that was supposed to pass the time, until he found himself developing bonds with the athletes and advocating for more practices and games.

In those defining moments, Andrew realized for the first time in his life the disparity between the worlds of baseball. On one hand you have Baltimore, largely black and low to moderate income and on the other hand you have the surrounding counties, largely white and mid to upper middle class. “Baseball and softball have a huge diversity issue, ok, and we’re here to advocate and help with that” argues Andrew.

After 18-months of renovating and repurposing an old warehouse, Andrew now has what he believes to be America’s only free baseball/softball training facility for minority athletes, “Now we have this facility, and we run pretty much daily programming here. The market cost of the programming we provide is valued at around $5-8000.00 per year per kid and we give it to Baltimore kids for free.” As ambitious as BUBA is, it has been sustained largely by volunteers, guys in and around Baltimore City who share in Andrew’s love of baseball. Andrew put out a call and former players from all backgrounds came out to help, including Casper Wells, former professional baseball player, notably with the Chicago Whitesox and Detroit Tigers. Andrew himself has neither taken a salary or paid himself for his service to the program.

BUBA’s mission is to serve Baltimore City Public School students who want to experience the wonders of baseball and softball. Andrew stated, pretty adamantly, that BUBA is not here to serve the wealthy Baltimore families who can send their children to private schools, but the public school students who do not often get opportunities. His drive is the fact that potential MLB talent from Baltimore is often overlooked, “No one has been drafted into the MLB from a Baltimore High school in over 21-years. There have been over 30 drafted from private schools in the Baltimore metro area” Andrew explained. When asked how BUBA would change this, Andrew made a bold promise to double Baltimore’s little league baseball participation in the next five years.

“I’m left-handed so I have all these crazy Ideas,” joked Andrew as he sat under an enclosed Towson University Baseball Jersey. Baltimore’s baseball legacy has seen it’s high and its lows. Once a city with two Negro league teams, the Black Sox and Elite Giants, from the 714 homeruns hit by Pigtown’s own Babe Ruth, from three World Series Titles held by the Baltimore Orioles to virtually no high schools having teams is a reality Andrew is not willing to conceded to, so we now have BUBA.