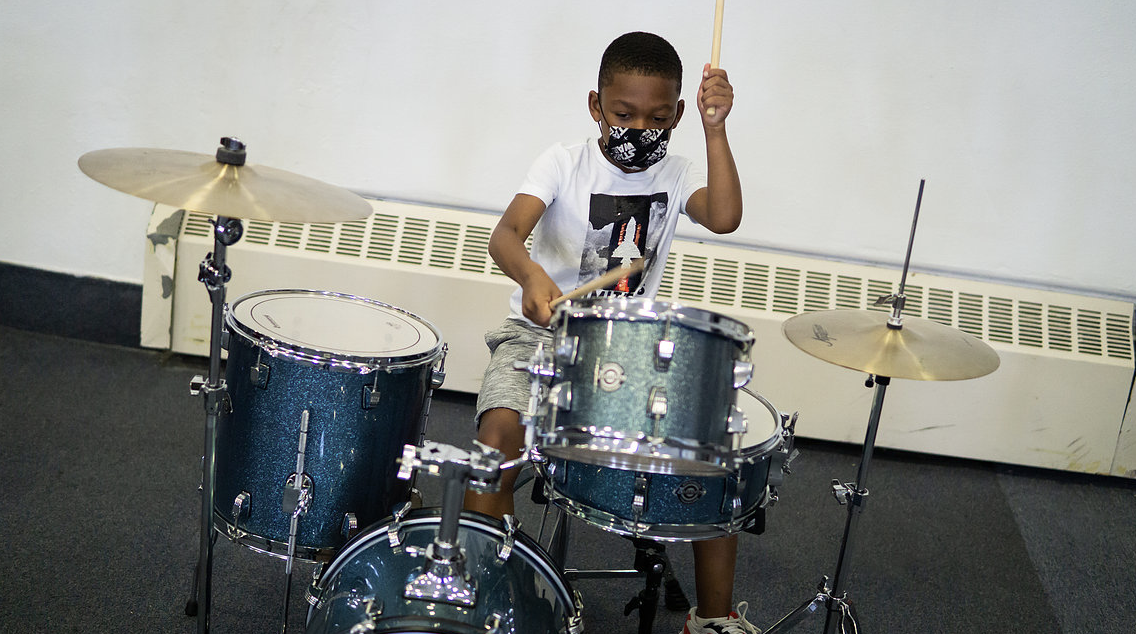 Robert Levine, a former actuary by day and musician by night, found his transition from crunching numbers 8-hours a day to teaching music to Baltimore’s youths an easy one. He recalls a childhood where his mother sang in a band around Baltimore, while his dad would play records by a famous R&B band named Earth, Wind, and Fire, also known as the ‘mighty elements’. His love of music- impressed upon him by his parents- bloomed to the extent he would bang on pots and pans to emulate the drummers he would hear on his father’s records.

“When my mom got tired of me damaging her furniture, and messing up her pots and pans, and stuff like that, they finally decided to invest in a drum set for me.” His first set was a Mickey Mouse set that was also destroyed.

Though enjoying the financial comfort of being a full-time actuary, Levine longed to venture into a career path that cemented him in his passion and his first love. After 12 years of statistical data crunching, he launched a music program named Beyond The Natural. A year before incorporating his new program, Mr. Levine worked with kids in a program managed by his cousin. He would meet with about eight youths in a lobby every Tuesday and perform musical activities.

Though no longer destroying furniture or drum sets to make music, Mr. Levine’s organization is making a difference in the lives of young people in Baltimore.

Levine recounts the impact his program has had on youth,  in some respects, youths society had given up on. While contracting with the Victor Cullens center, of the Maryland Department of Juvenile Services in Hagerstown, Mr. Levine saw an opening to change lives for the better. “All the young guys just wanted to rap,they want[ed] to spit their bars and do their thing, which we embraced.”

The young men at the Victor Cullens center participating in the program were asked to express themselves musically in a way that made them feel most comfortable. Mr. Levine recounted his initial experience, “What we want you to do is get in the booth and just let it out, so of course they get in the booth and it’s just like they done slayed the whole block, they done shot up the community.”  Without passing judgment or offering harsh criticism, Beyond The Natural challenged the young men to rap about particular topics that affirm aspects of community- without telling the young men they could not use profanity- the young men began to make music without any traces of violence or profanity.

A moment of pride for Mr. Levine, the young men making positive music reminded him of why he chose the name Beyond The Natural for his program, “Looking beyond all the natural circumstances that may be around you. In Baltimore we all have the violence, just different crime, and different economic barriers and challenges that our youth and everyone deals with on some level.”

Levine realized that music is an instrument to convey whatever feeling the human condition requires- if you want to party or love, there is music for that- if you want to change the community, he has a music program for that.