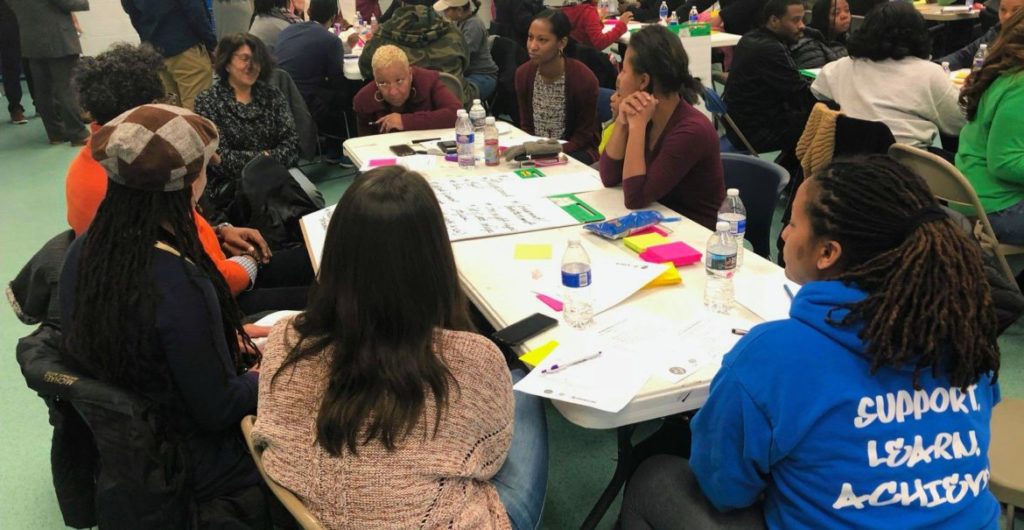 The Rev. Dr. Martin Luther King, Jr. once said, “Riots are the cry of the unheard.” If that maxim is true, Baltimore children, youth, and young adults were crying out long before the 2015 killing of Freddie Gray, Jr. sparked demonstrations and unrest in the city.

Gray’s death was the tipping point, but it was not the cause of the unrest, which was driven by a decades-long pattern in Baltimore of divestment in education, affordable housing, employment, and recreational outlets for children and youth. Whether by intent or impact, young people were not being heard.

Fortunately, while a broad-based coalition of young people, youth-centered organizations, and community leaders had been working to address the vacuum in opportunities for children, youth, and young adults, Baltimore City Council president Bernard “Jack” Young, a longtime advocate for children and youth, was focused on increasing investments in future leaders. His vision eventually spawned the creation of the Baltimore Children and Youth Fund, which distributes grants ranging from $5,000 to $500,000 to persons and groups with a passion for, or a track record of, authentic engagement with young people.

BCYF was a long time coming. Young twice wrote legislation intended to create such a fund, and his dream was finally realized when voters approved a 2016 ballot referendum to create the fund. That it was established by referendum is key; politicians don’t necessarily get what they want absent public support. And everything from the inception of the fund to its day-to-day management is a testament to end-user demand and public support. In this case, the support isn’t just for getting resources to the community but doing so in the most inclusive and transparent way possible.

To achieve that goal, several individuals and groups have agreed to partner with BCYF. My organization, Associated Black Charities, is the fiscal agent charged with managing the fund. Frontline Solutions International and UPD Consultants are technical assistance partners, with the former covering everything from consultant collaboration to community engagement, and the latter charged with providing strategic thought-partnership throughout the design, planning, and proposal review and grantee administration processes. Kinetics is the strategic communications partner covering everything from social media engagement to online marketing to media relations.

Each of these entities is led by a person of color or is based in Baltimore City, which helps ensure that our efforts are informed by the day-to-day realities and needs of the community the fund seeks to serve. A host of volunteers also have helped with the initiative, and we have been fortunate to receive funding from the Baltimore Community Foundation and the Annie Casey E. Foundation to help cover administrative expenses. In addition to the deep community engagement work, outside funding has enabled us to use the services of an evaluator to document the process.

Throughout the process, the partners have committed to do something that’s never been done at this scale: get money to established organizations, as well as persons and organizations that may not be on the radar of traditional funders, and to do so in an inclusive manner.

While traditional grantmaking may solicit letters of interest and then form an internal committee to make awards, we wanted to take the process out of the board room and onto the streets of the communities we are looking to serve. To that end, a series of community design sessions were held to allow community members, including youth, to set the direction for the fund and highlight candidates for funding.

Rather than just publicizing the request for proposal process and leaving individuals and groups to navigate the process alone, we also held three capacity-building sessions to answer questions and assist with grant submissions. And because the fund was created to serve children, youth, and young adults, we assembled a 24-person review committee to help select the grantees. Notably, 40 percent of the seats on the review committee went to persons age 24 and younger.

These not-so subtle practices were important in ensuring that everyone has an opportunity to be at the table. One of the things we realized after Gray’s death was that there were already a host of organizations and community leaders who were serving children and youth, but that these individuals and groups were not on the radar of most funders. Our model, which was developed collectively and implemented collaboratively by capable consultants, committed volunteers, and concerned community members, may very well end up changing the way grantmaking — in Baltimore and beyond — is done.

There’s no question that BCYF will positively impact the community. The question now is whether it will lead to fewer cries from children and youth whose voices were ignored or silenced for far too long.

The Baltimore Children And Youth Fund: A Status Report From The Fund’s Dayvon Love, John Morris

For The Culture With Farajii: Baltimore Children and Youth Fund